God created a flood that was so big and destroyed the Earth and all the unkind people that were living on it. He asked a man named Noah to build an ark. A HUGE boat big enough for two of each animal to climb on board and be safe during the flood. The boat was also big enough that Noah got to bring his entire family with him. After the flood was over, God sent a rainbow. The rainbow was a promise to Noah that God would never use a flood again to destroy the Earth.

We created a storm and a rainbow on a paper plate that rotated with the boat. This was quite the extensive project, but the kids had fun with it and that's all that matters! 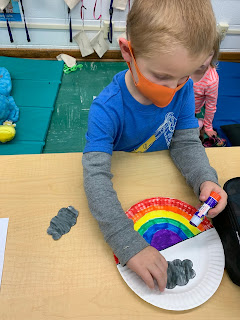 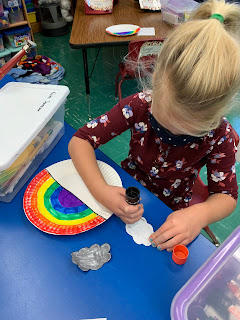 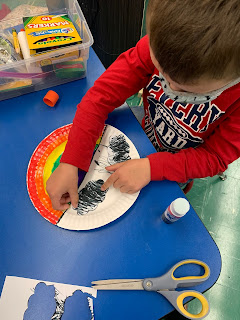 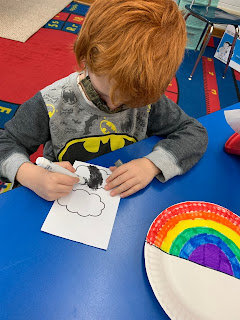 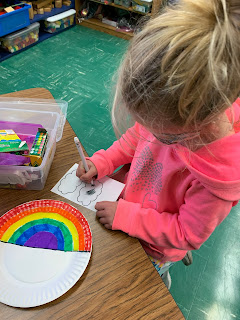 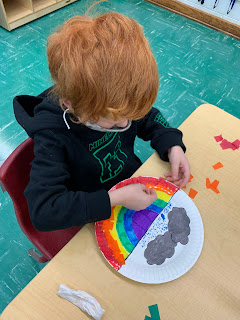 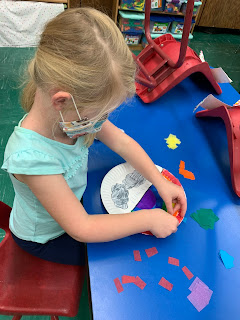 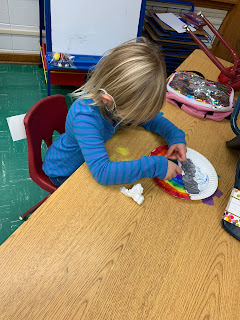 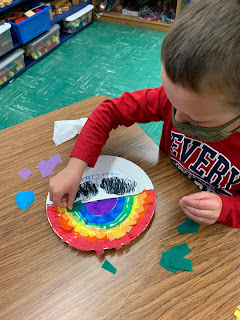 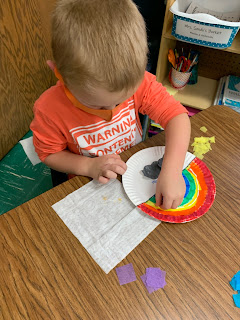 Posted by Miss Brincks at 5:13 PM No comments:

At the beginning of October, we learned about Adam and Eve. Adam and Eve were created by God to take care of the Garden of Eden. We learned that there was a serpent in the garden who did not obey God and wanted people to turn away from him. He convinced Eve to take a bite out of an apple from the tree God told them not to eat from. In conclusion, the serpent turned into a snake and Adam and Eve were forever banished from the garden and life for them became hard.

I only got two picture of the kids creating the snakes from the garden. It was quite a busy afternoon! They had fun with this and were excited to use "real" paint instead of water colors. 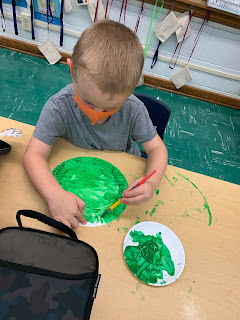 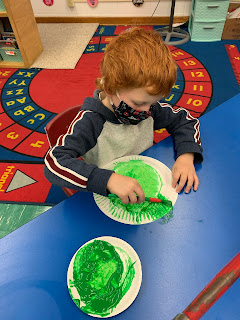 Posted by Miss Brincks at 5:04 PM No comments: